What to say when you send interest to a opportunity match

When an opportunity you've created matches with another member's interests, Slated alerts you both of this match. The person you've been matched with likely hasn't viewed your project page yet, but their profile indicates they're open to projects just like yours. Now what?

Use the "Send Interest" button on the Matches for Your Projects page, or the "Message" button at the top of a member's profile page to start a conversation and see if the member is interested in learning more about your project. 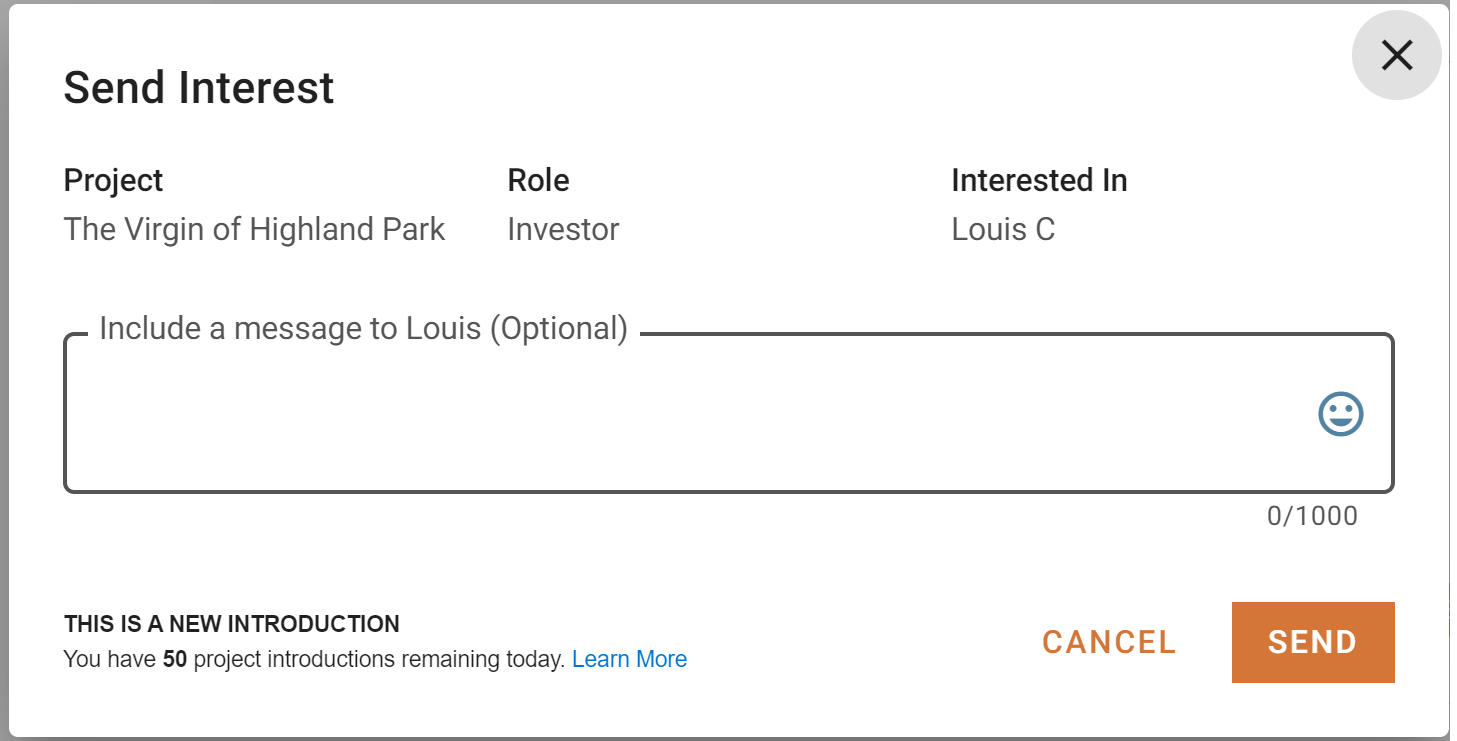 Here are some examples:

Slated surfaced you as a match for my project, _____. Currently, we have raised $____ in soft money, have ___ secured for the lead role, and have ____ selling worldwide. We'd love to share the script and estimates with you if you'd be interested. Thanks!

Hi ____, Slated surfaced you as a match for my project, _____, a sweeping romance about ___________ that received a ___ Script Score last week. As a writer, I've had several scripts optioned to companies like ____, and recently placed in the Nicholl semifinals. I'm a big fan of your film, ______ and would be honored to share our script and pitch deck with you. Thanks!